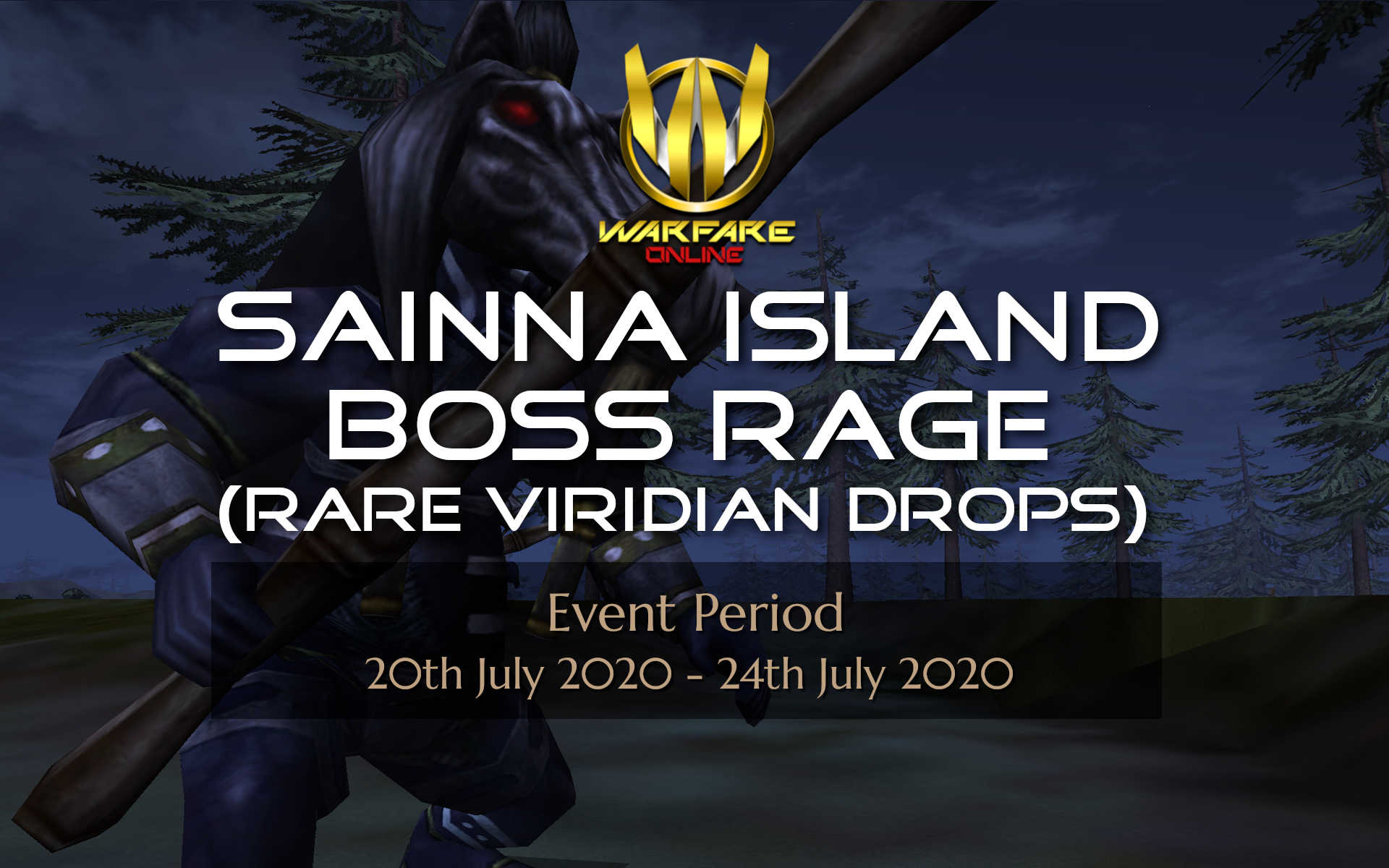 Sainna Island is the land where Kartefants walk into lush forests
and wide sandy beaches to hunt the most aggressive beasts.

Amidst these beasts, several other powerful bosses came into existence.
The bosses have a deadly reputation of having dark empowering aura that
could enslave and consume any living thing. 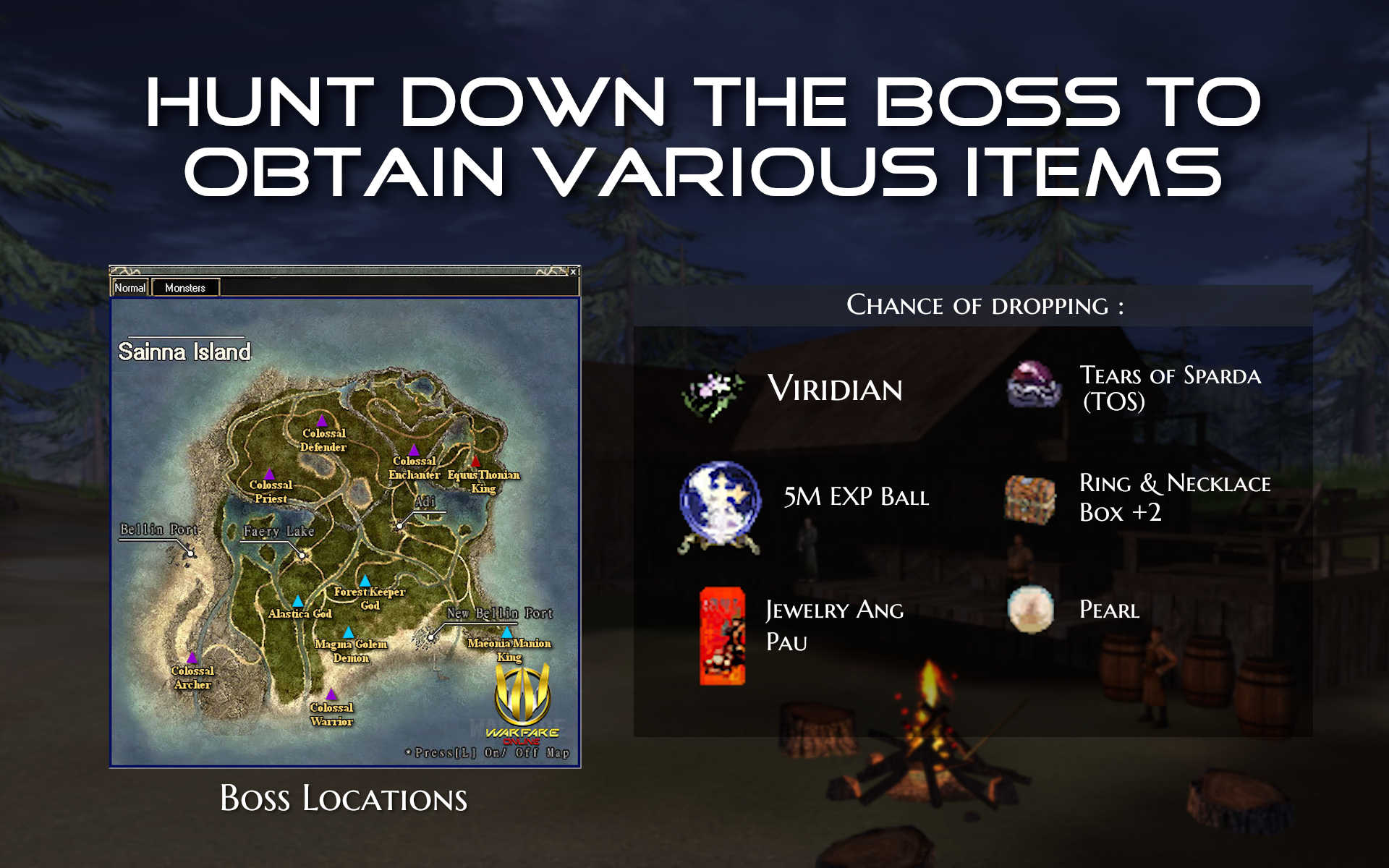 Alike the Colossal bosses of the Merkhadians, legend says there were
leading commanders of the Kartefant army who devised their own powerful
reign against creatures of Sainna Island becoming bosses called
the Colossal Warrior, Colossal Archer, Colossal Defender,
Colossal Enchanter, and Colossal Priest.

From the time where there had been news about bosses dropping Viridians
in Misery Island, the ruling bosses of Sainna Island have been keen to
learn more about these valuable metals. Being precious metals that can
enhance items, Viridians have been wanted eagerly by the bosses of Sainna Island
as well. They searched everywhere and realized that Viridians were rare and not
very easy to find. With treachery and trickery, they managed to obtain a decent
amount of Viridians and several other valuable items. 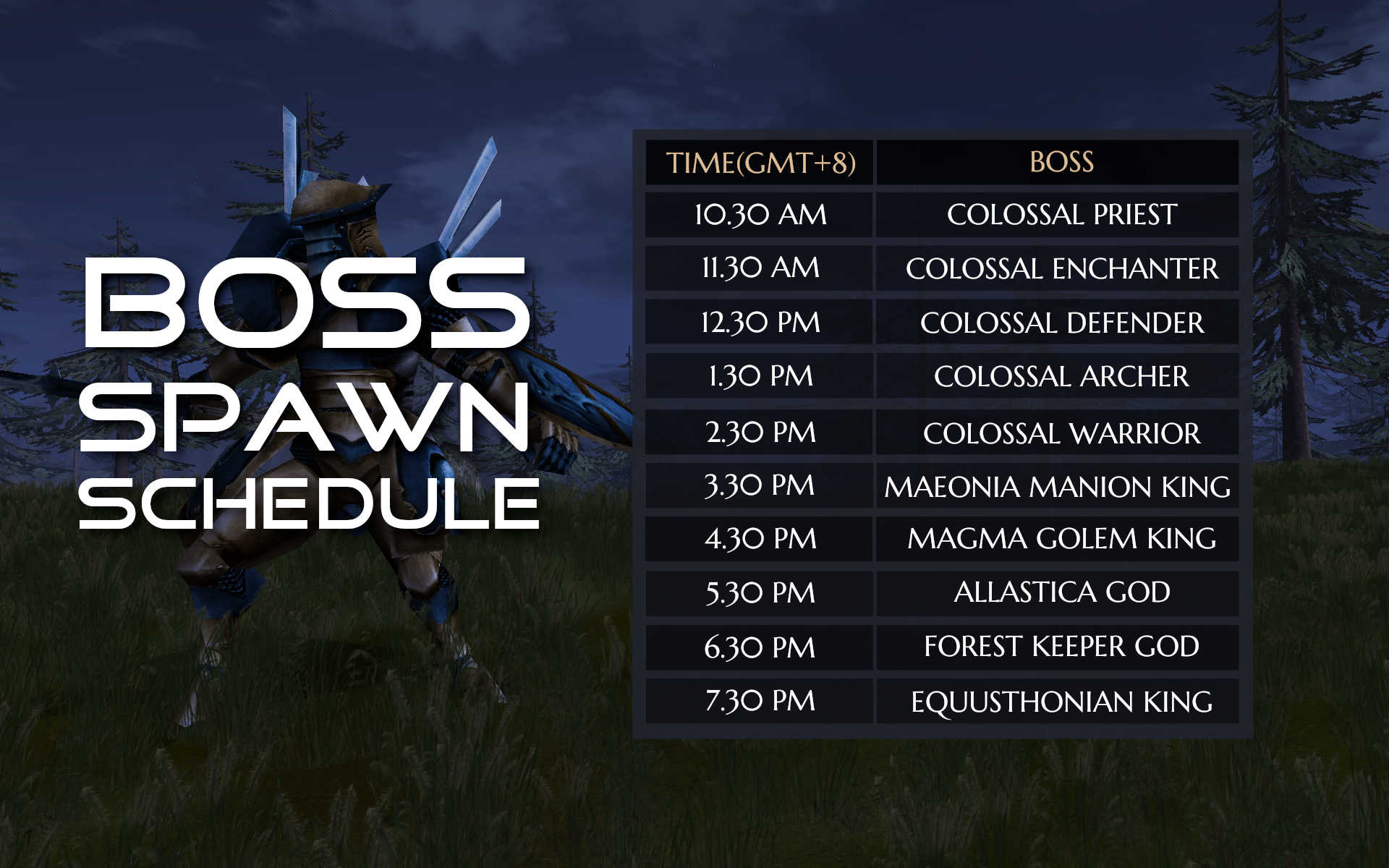 A watcher noticed the bosses emerging hour after hour to enhance their
abilities with the Viridian metals. Some say it's a trap as the bosses
lure Humans and Akkans using it.

Sainna Island is a long way from home for Akkans but it will not
stop them to obtain these worthy items. As for the Humans, defending
what they feel belongs to them is another way to start a massacre with
their archenemies, the Akkans. Besides, it's not just a fight against
the powerful bosses but an encounter with the two nemeses.

Note: Warfarians will gain fame from PVP in Sainna Island