We have news for you.
The current population lacks support characters due
to the inability to stay alive longer in battles.

This has lead to the decrease in the number of Warfarians
wanting to play characters like the Priest, Cleric or Lifeoffs.
Members of other characters will not be able to experience
the war fully if these characters aren't present either.

Thus, we are boosting the classes to be less vulnerable
and provide more support in war to contribute their
abilities to the fullest for their allies! 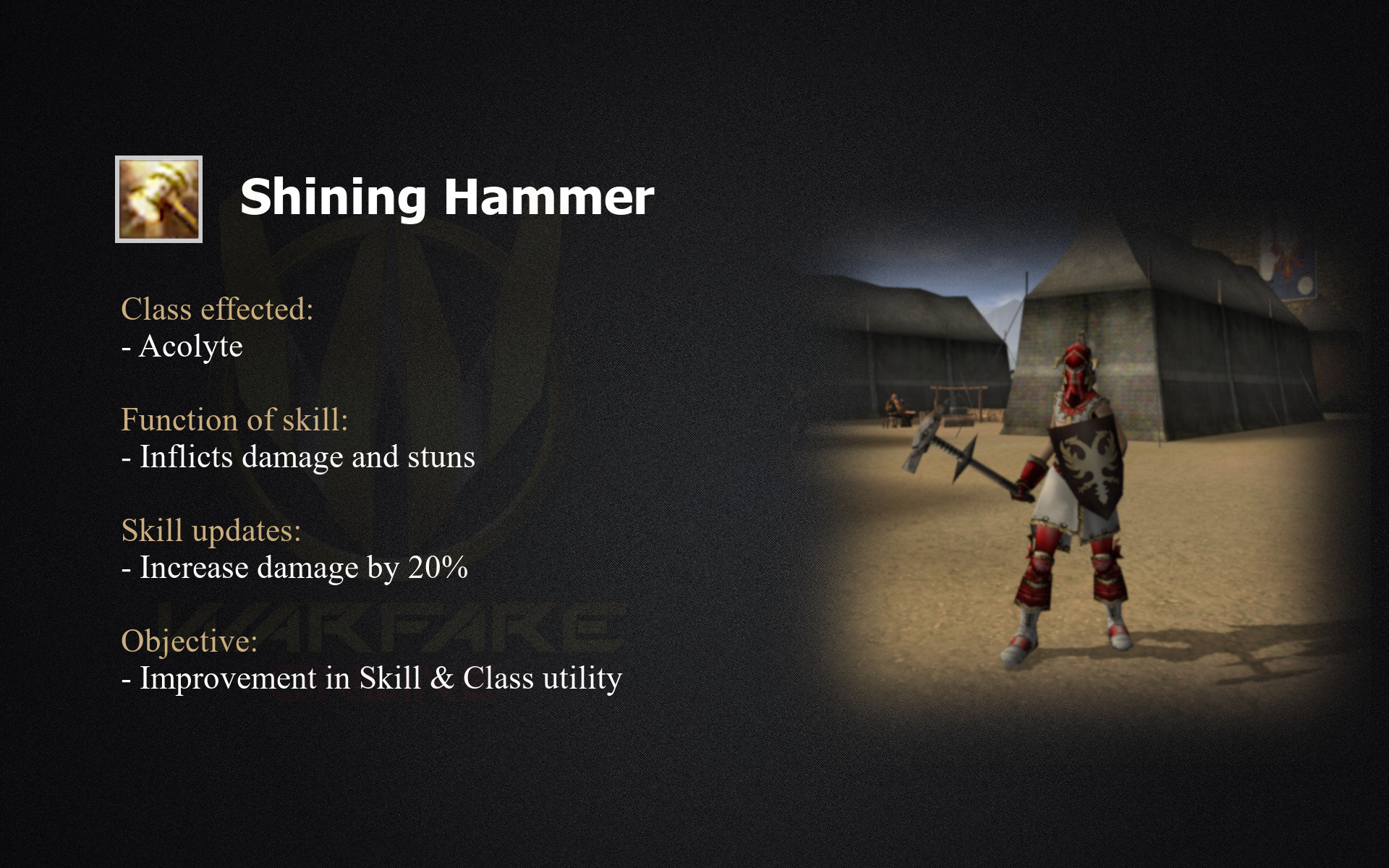 Shinning Hammer skill damage has been increased by 20%. 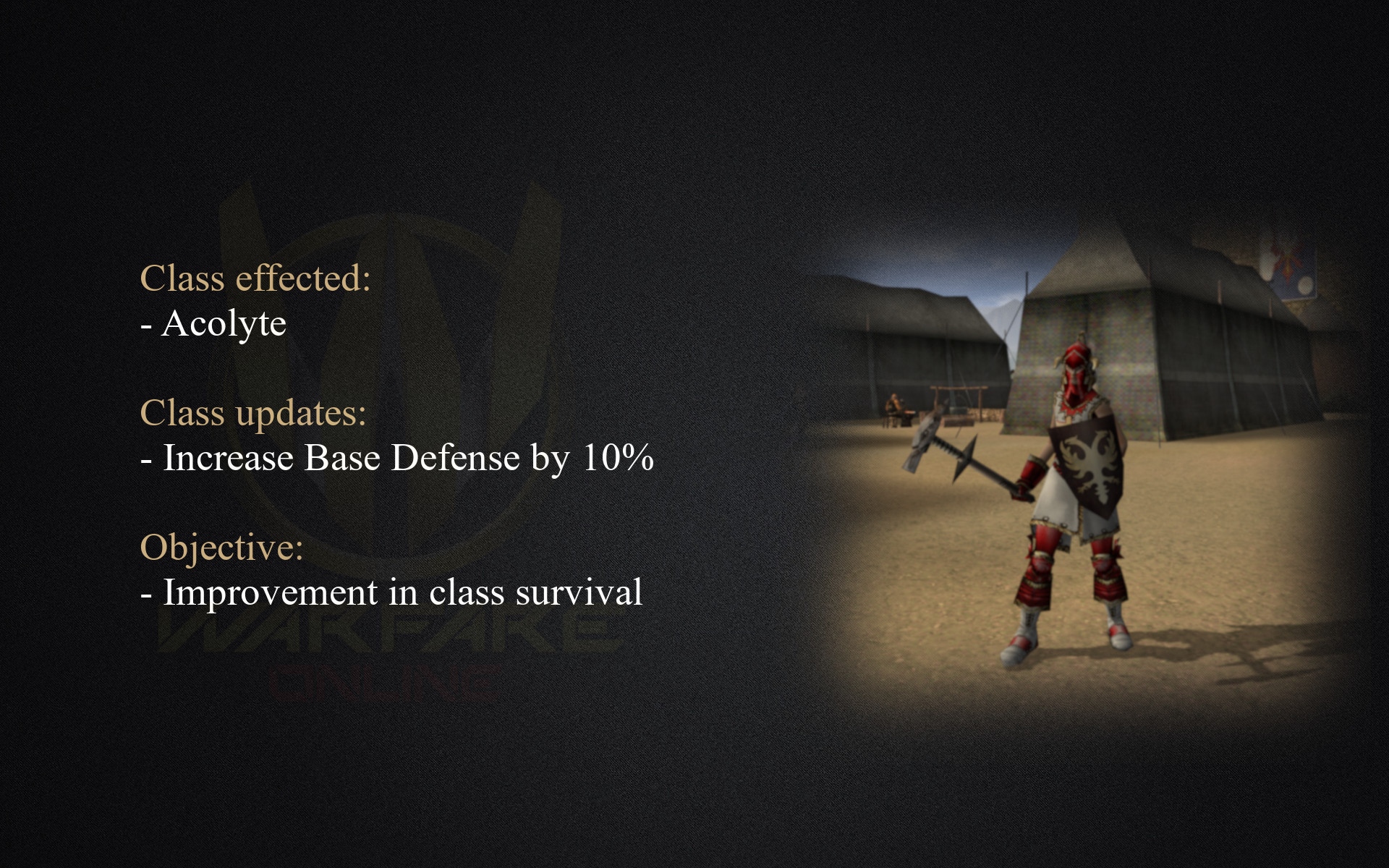 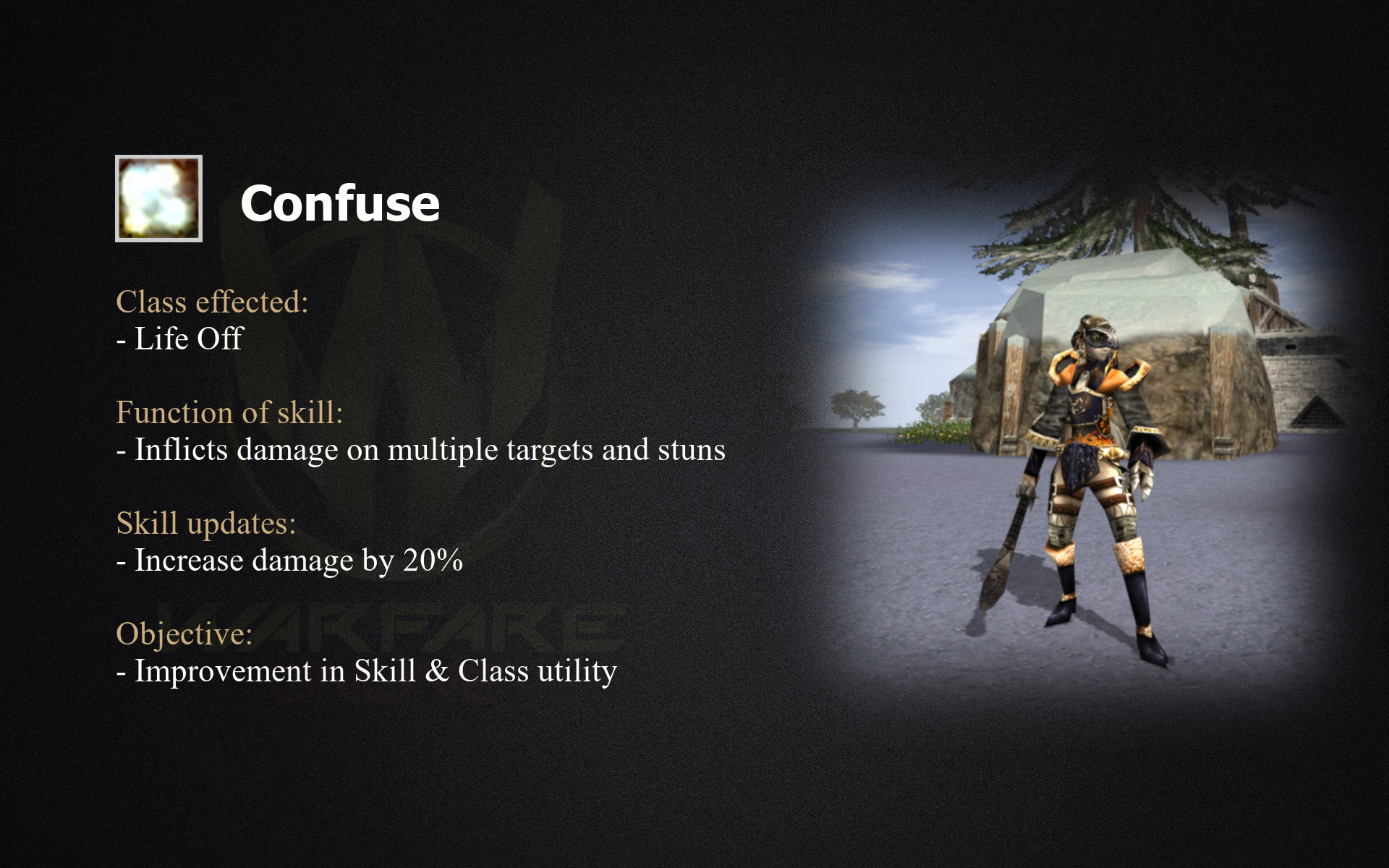 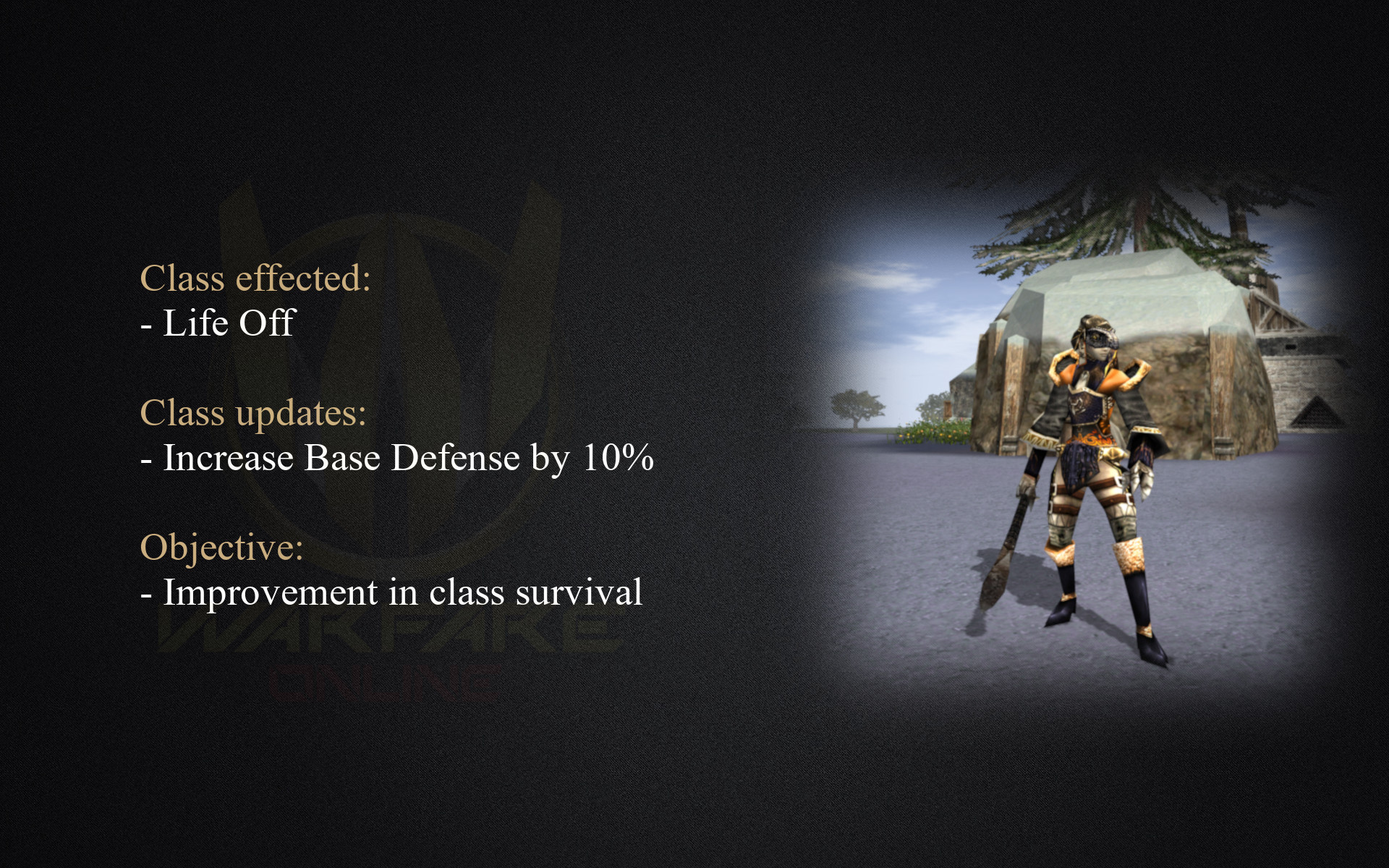 She also has an increased base defense of 10% to improve her survival in large wars.

Discuss further about this update in our forums!
https://forum.warfareonline.net/t/season-11-update-7-acolytes-and-lifeoff-boost-beta/2859