On the previous Guild War #1..
The BestFriend’s guild were unstoppable with their
mob showering destructive 463 kills....
With just a single kill more,
the Immortal's guild were crowned victorious with 464 kills....

The previous guild war was conquered by the guilds with the masses...
But now...it is going to be different...
Guild war #2 will only consist of 10 armored, war raged Warfarians!
Skill will determine triumph! And for the guilds who fight well, the dominion shall be theirs! 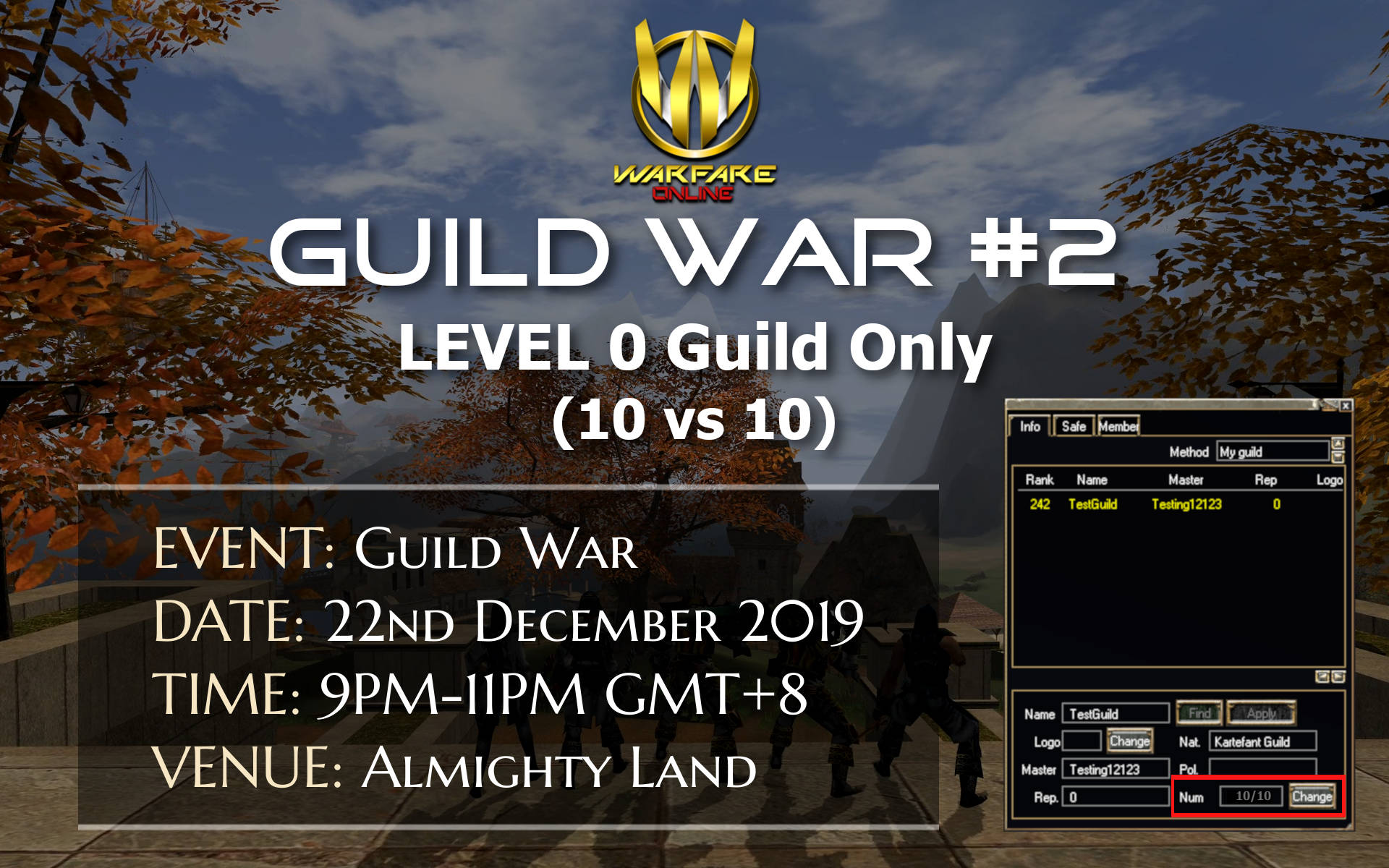 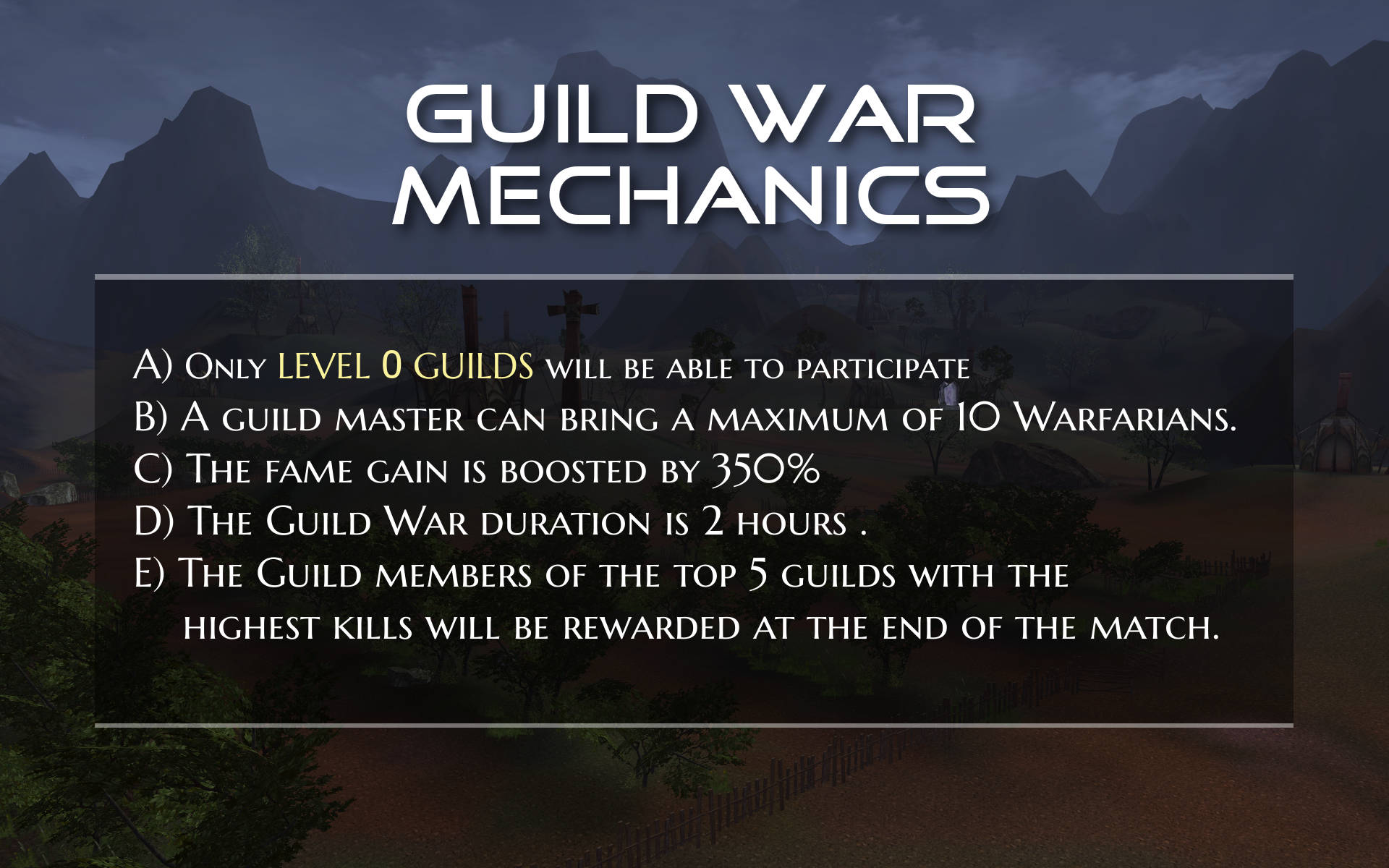 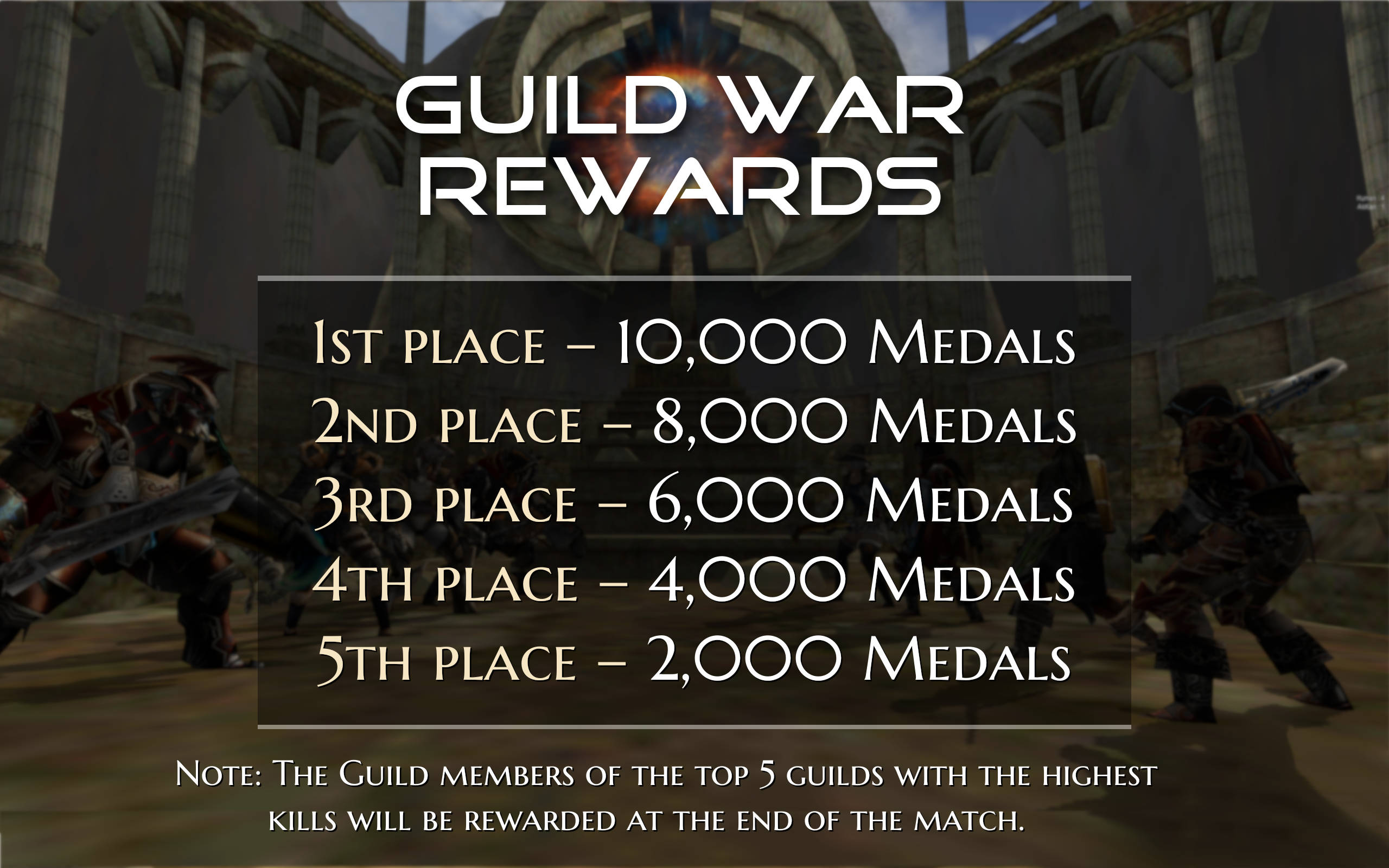