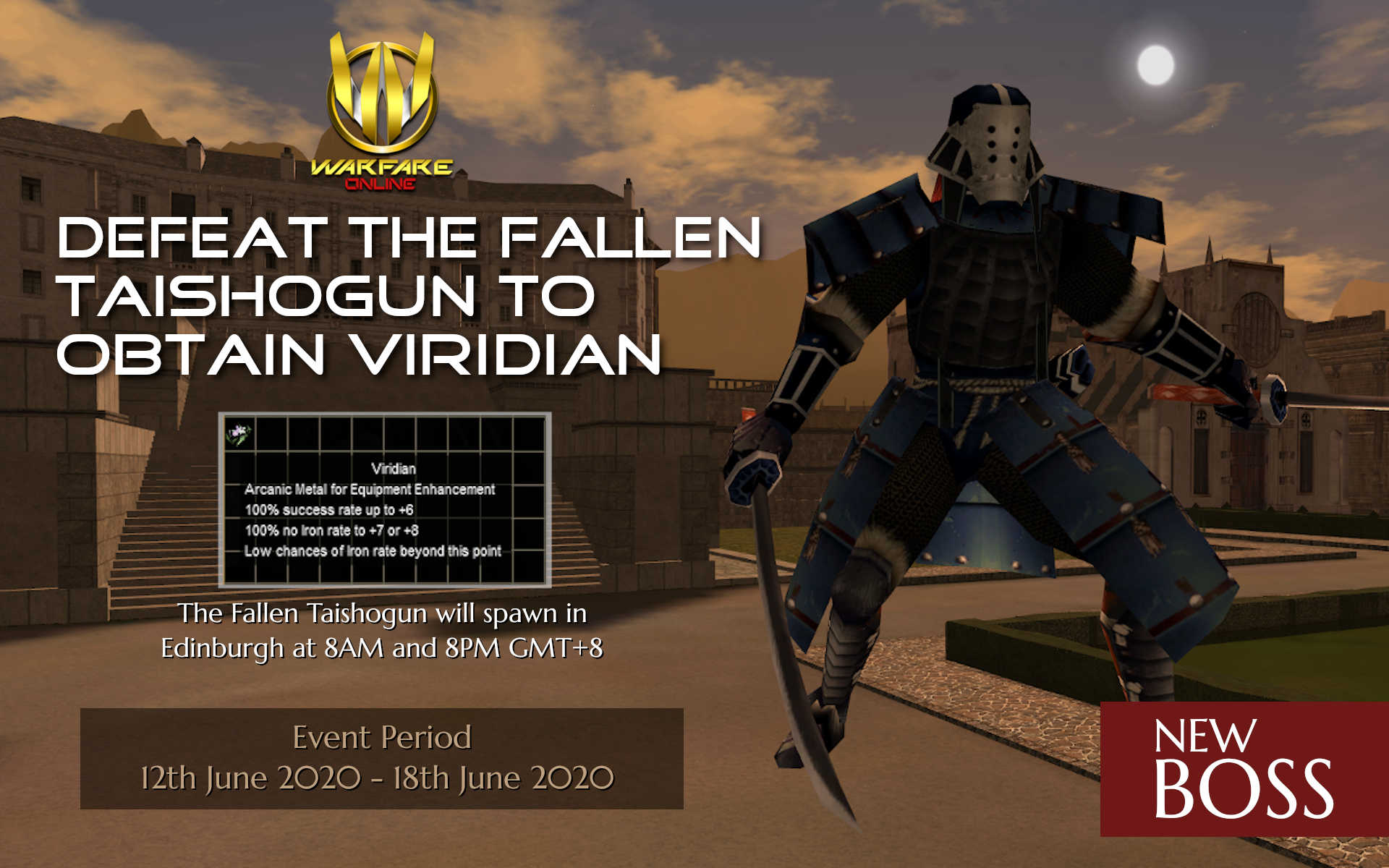 Ever since the Dreadnought appeared, news spread across the
lands on his last words as he swore that there will be more like him.
It was not just a battle between the Boss and the living,

But the Kartefants and Merkhadians fought each other relentlessly.
The battle in Edinburgh was no longer as it was before as fear and
determination ignited in the hearts of all Warfarians to slay any monster
that would rise in that land to obtain the precious Viridian.

Dreadnought’s dark mystical energy gave way to another creature
of the shadow to occupy Edinburgh. The wrath of the once mightiest shogun
whose restless soul demands revenge has reached these lands.
Warfarians call him the Fallen Taishōgun, a great general in
his army but was betrayed and thus sorted his betrayal with felony.

Along his death he ransacked the valuable Viridian said to be
an equipment enhancer and trapped them in his soul so no other
shogun would have it. Give him the greatest fight and upon his death,
he would give the Viridian engraved in his soul to the worthy Warfarian with honor.

Read the scrolls below for it tells the mystical power of this rare metal:

“I lead an army of shoguns once,
And they betrayed my hope and left me in vain,
Upon my death a valuable metal would appear,
And it’ll be given to the hands of those who do not fear.”
- Fallen Taishōgun -