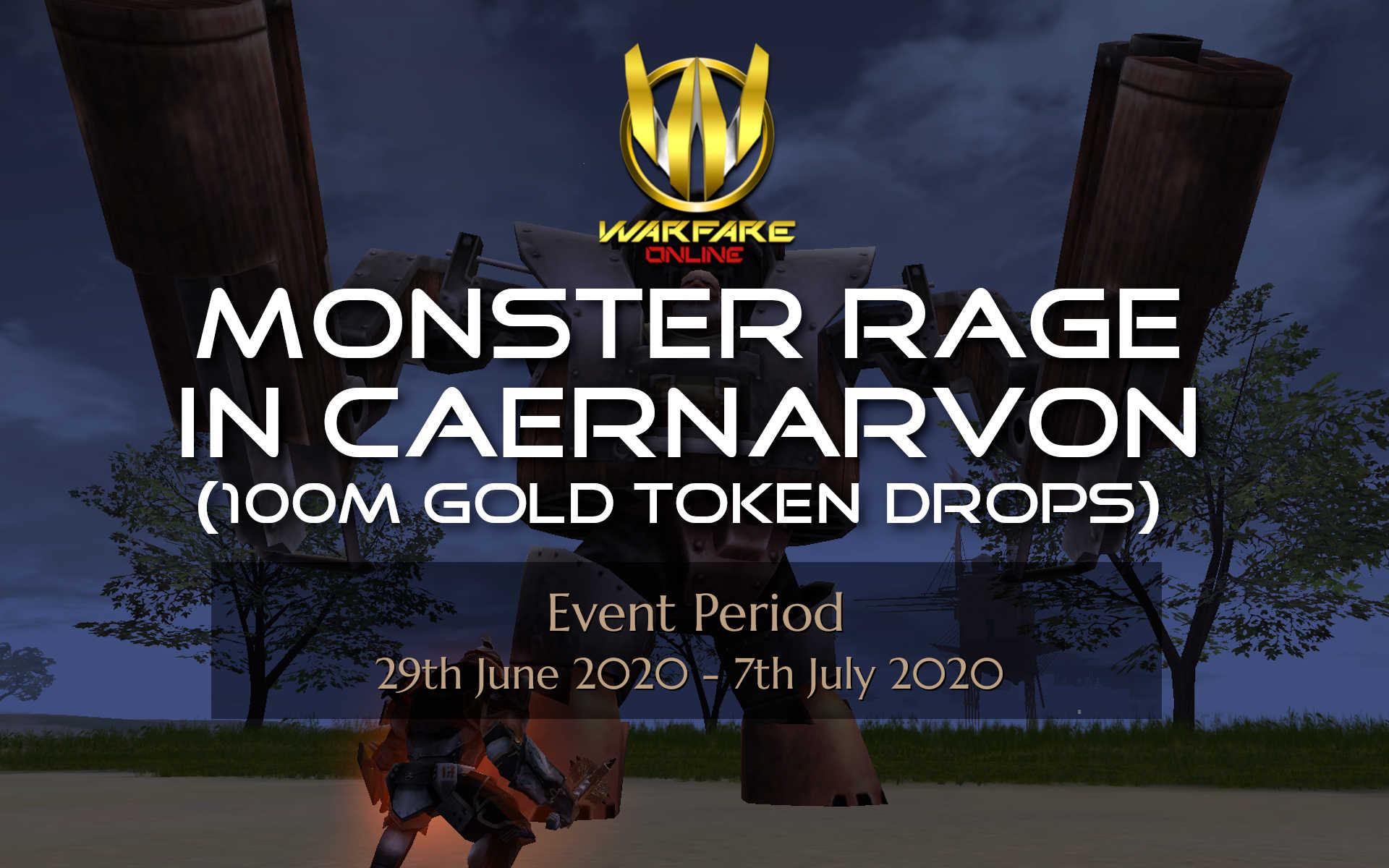 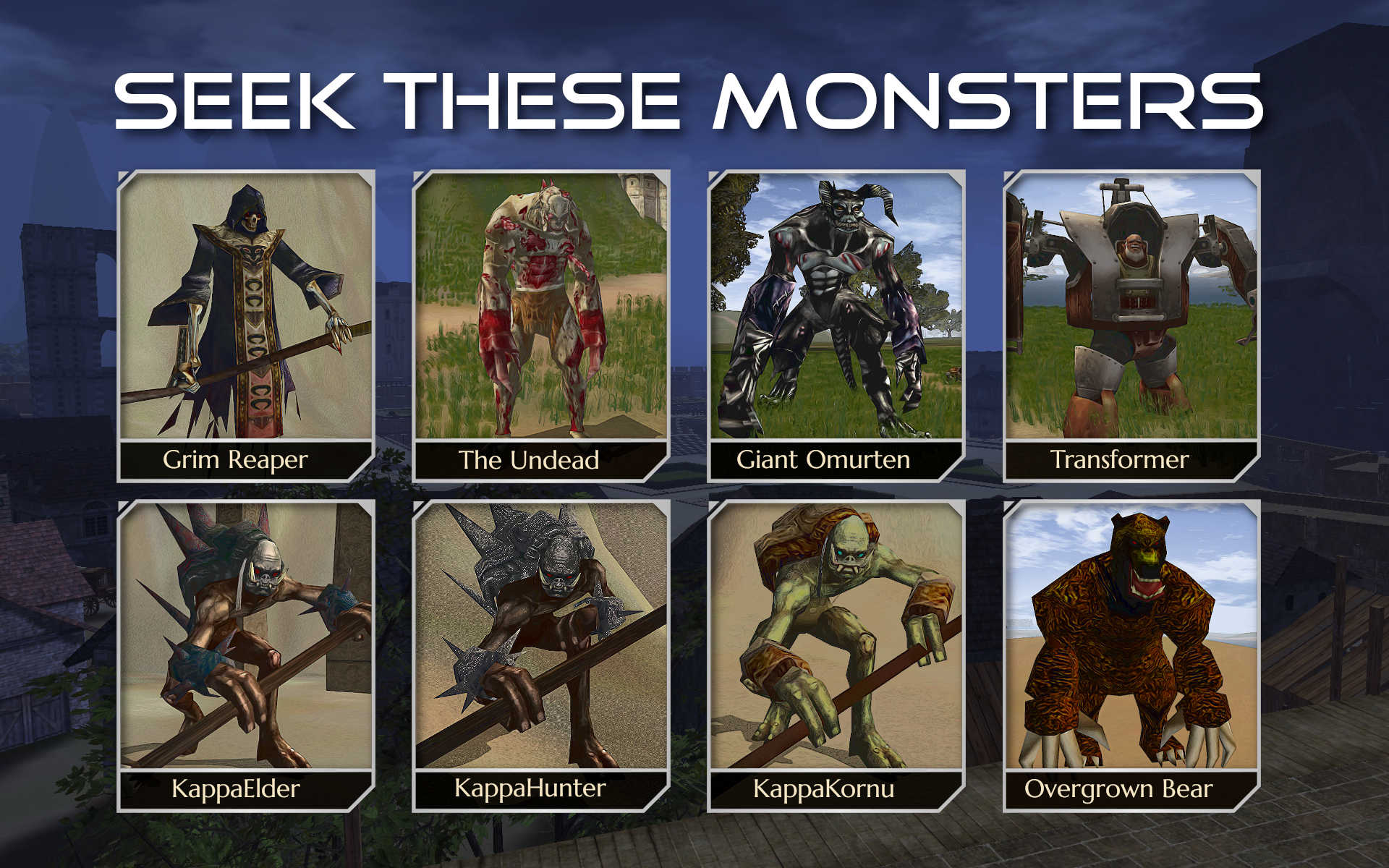 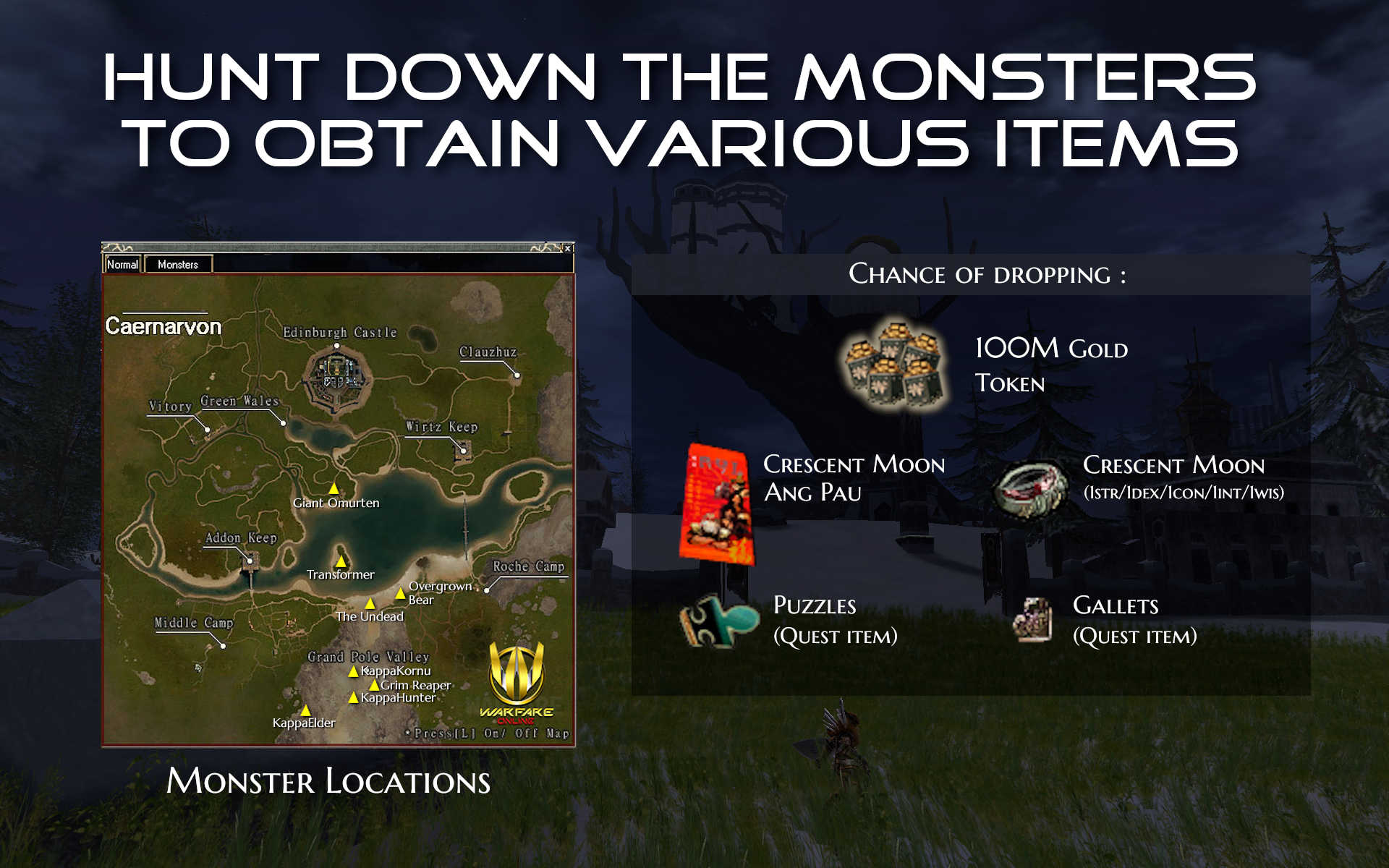 After the hunt for Viridian from the raging bosses,
another monstrous chaos has erupted in the Caernarvon.
During the fight among Warfarians and the bosses,
a few monsters were clever enough to sneak valuable
items for themselves such as 5M EXP Balls, Crescent Moon Ang Pau’s,
and Golden Crescent Moon Ang Pau’s. Little did anyone know,
they have also ransacked trillions of Gold.
No one knows for sure where these gold have been stolen
from but they have been using it to harness dark energies to survive.

The monsters have been spotted to be scattered around Caernarvon.
It is said a Warfarian will be able to slay them down single-handedly
without the need of being in a party. However, while hunting,
it is best to stay vigilant as a Warfarian may cross paths with others who have the same intention.

Note:
These monsters have a high chance of dropping 100M Gold tokens Bosses at Caernarvon will continue dropping Tears of Sparda