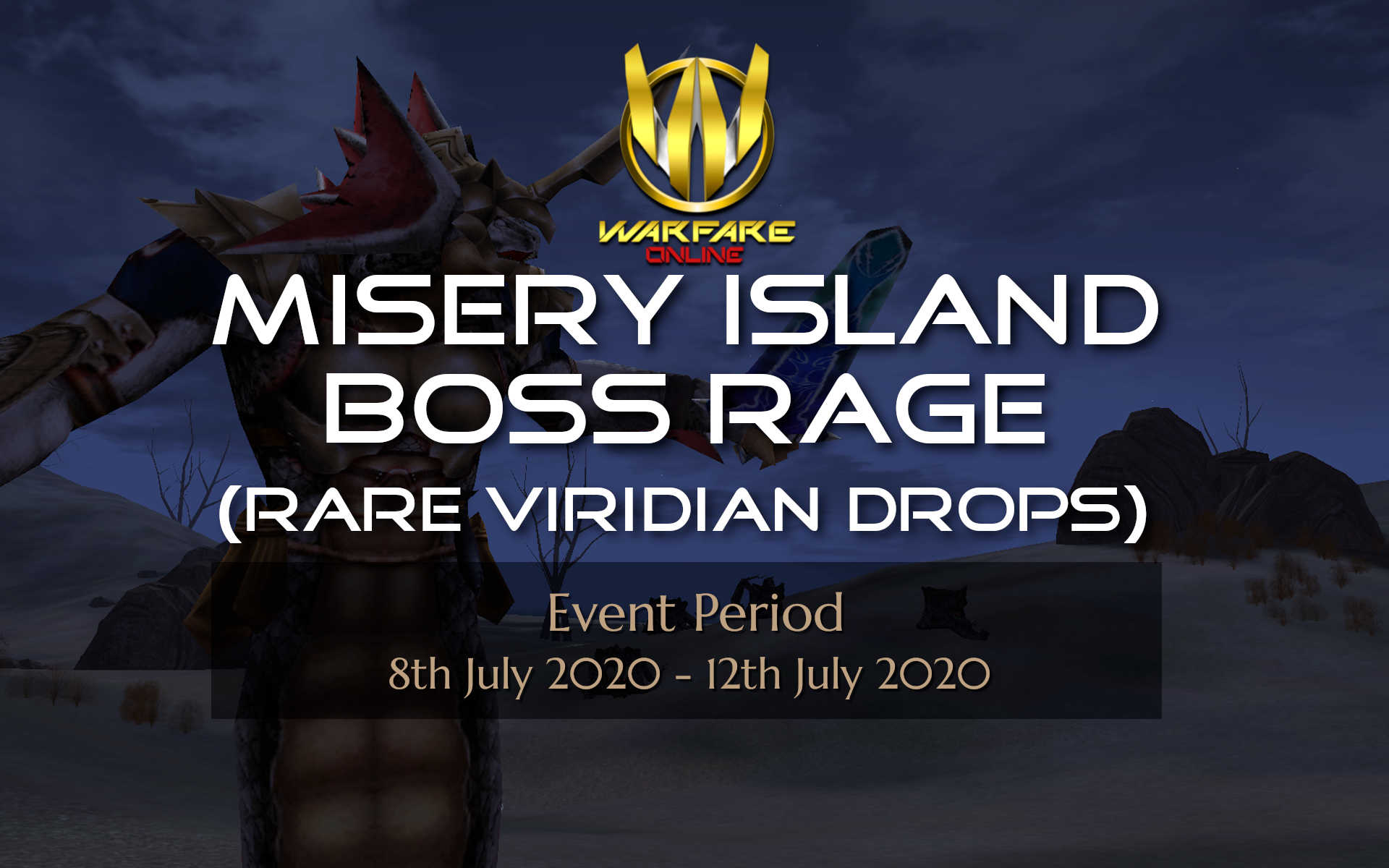 From the beginning of the Merkhadian race, Misery Island was a place of monstrous terror. Akkans venture in the depths of this land for treasured items by severing bosses that never backed down nor showed any mercy. 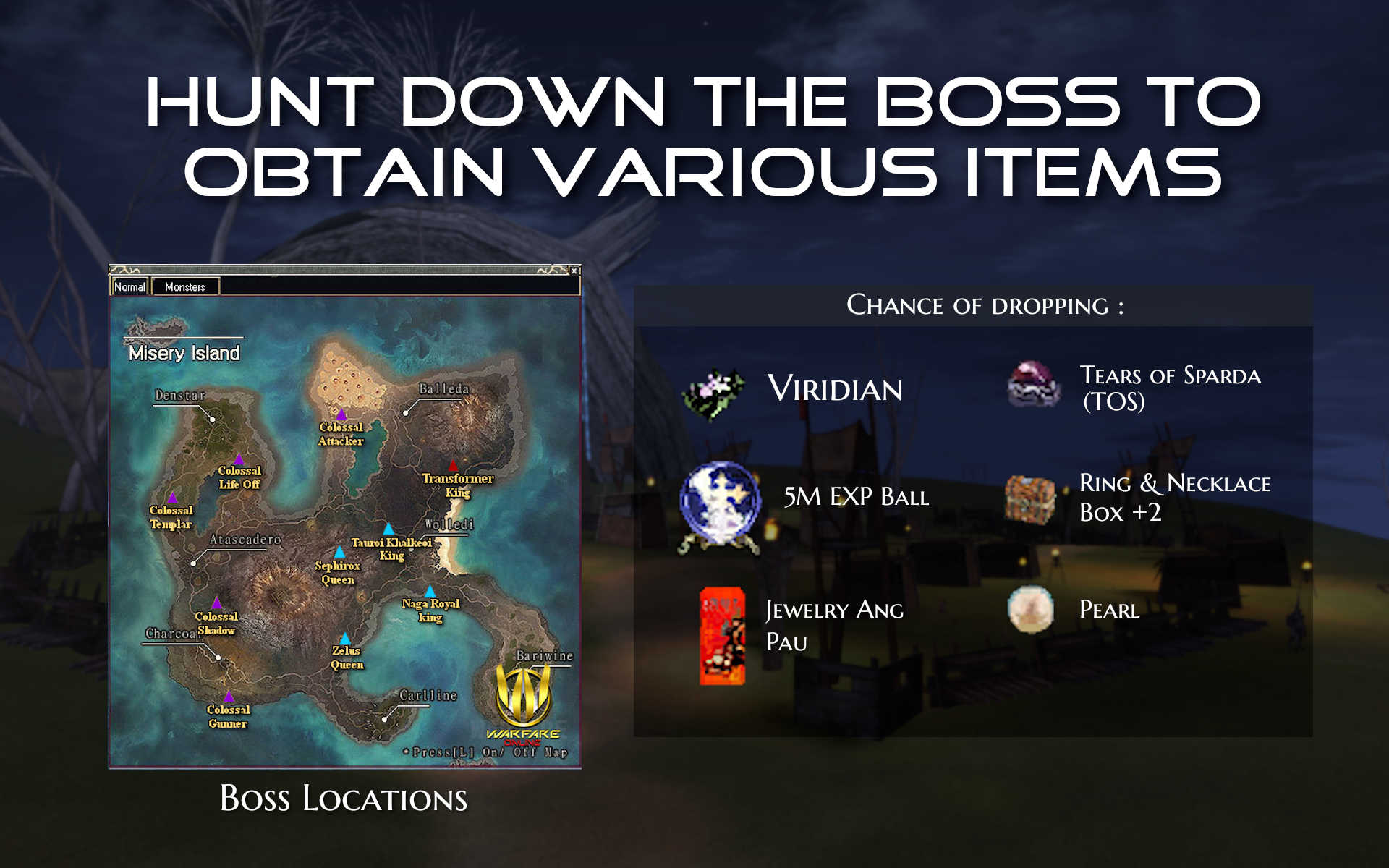 Several bosses of which who were leaders of the Merkhadians once, going by the names Colossal Attacker, Colossal Shadowoff, Colossal Gunner, Colossal Lifeoff and Colossal Templer sorted towards witchcraft for sovereignty. As they became mighty soulless beings, their dark empowering aura’s lead other powerful beasts famously known as The Transformer King, his Queen Zelus, Naga Royal King, his Queen Sephirox and Tauroi Khalkeoi King to join their trail in conquering Misery Island.

Lately, the bosses have been keen on the news going around about the cherished Viridian metals that seem to be of great help. Not only worthy to Merkhadians and Kartefants, but Viridians have also been used by the bosses to upgrade their own items. Along Viridians are other valuable items in the grasps of these creatures. 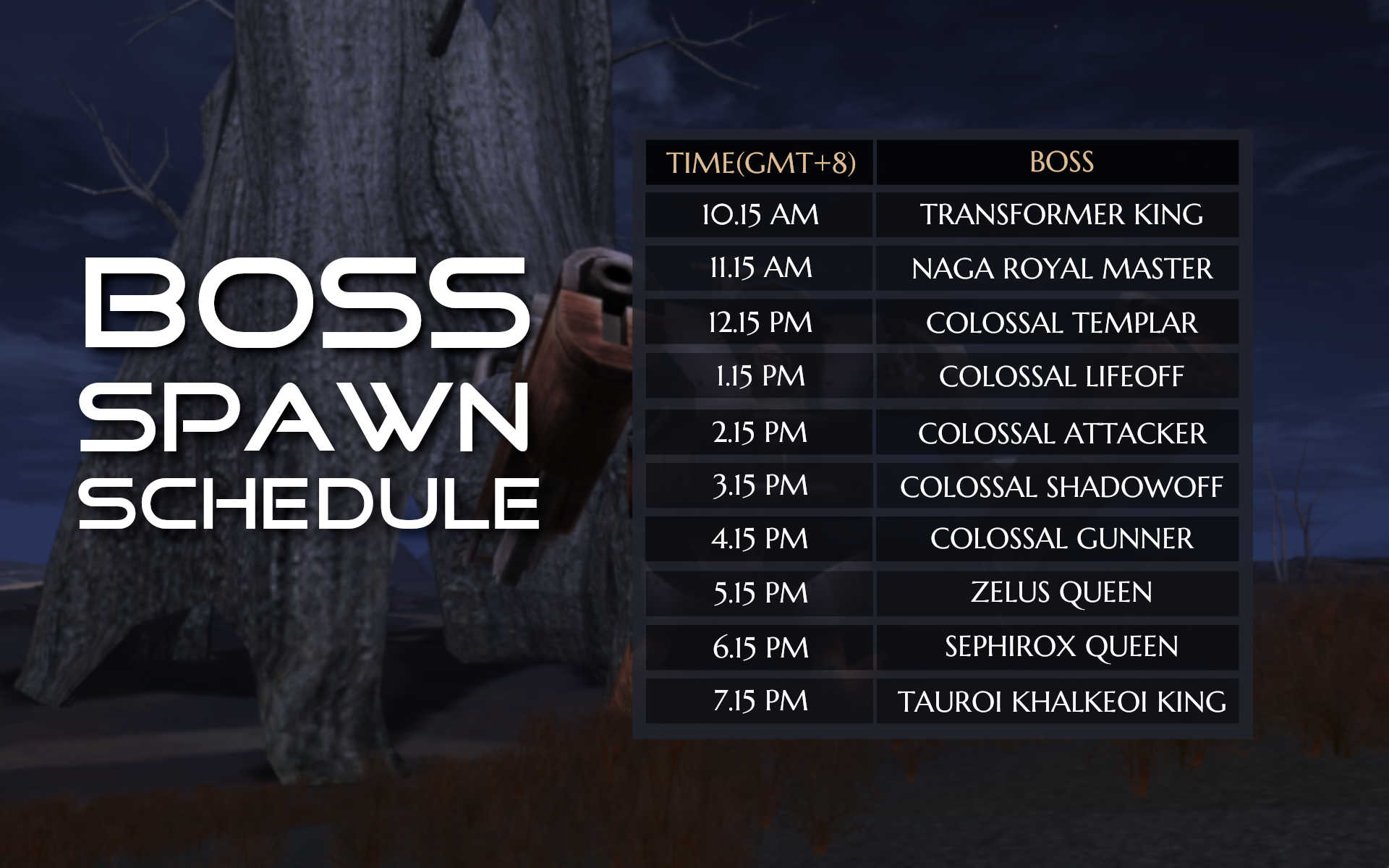 With all the efforts of retaining Viridians and other valuable items to themselves, the Akkans and Humans on the other side will have to go beyond their will to obtain them even if it means death. Allegedly, the bosses will emerge hour after hour. Misery Island is far away from home for Humans, but it will not stop them from trying. As for the Akkans, this is just an invitation to start a massacre. Contrary to a love triangle, this, where else, is going to be a deadly match between the trio as they were born to destroy each other.