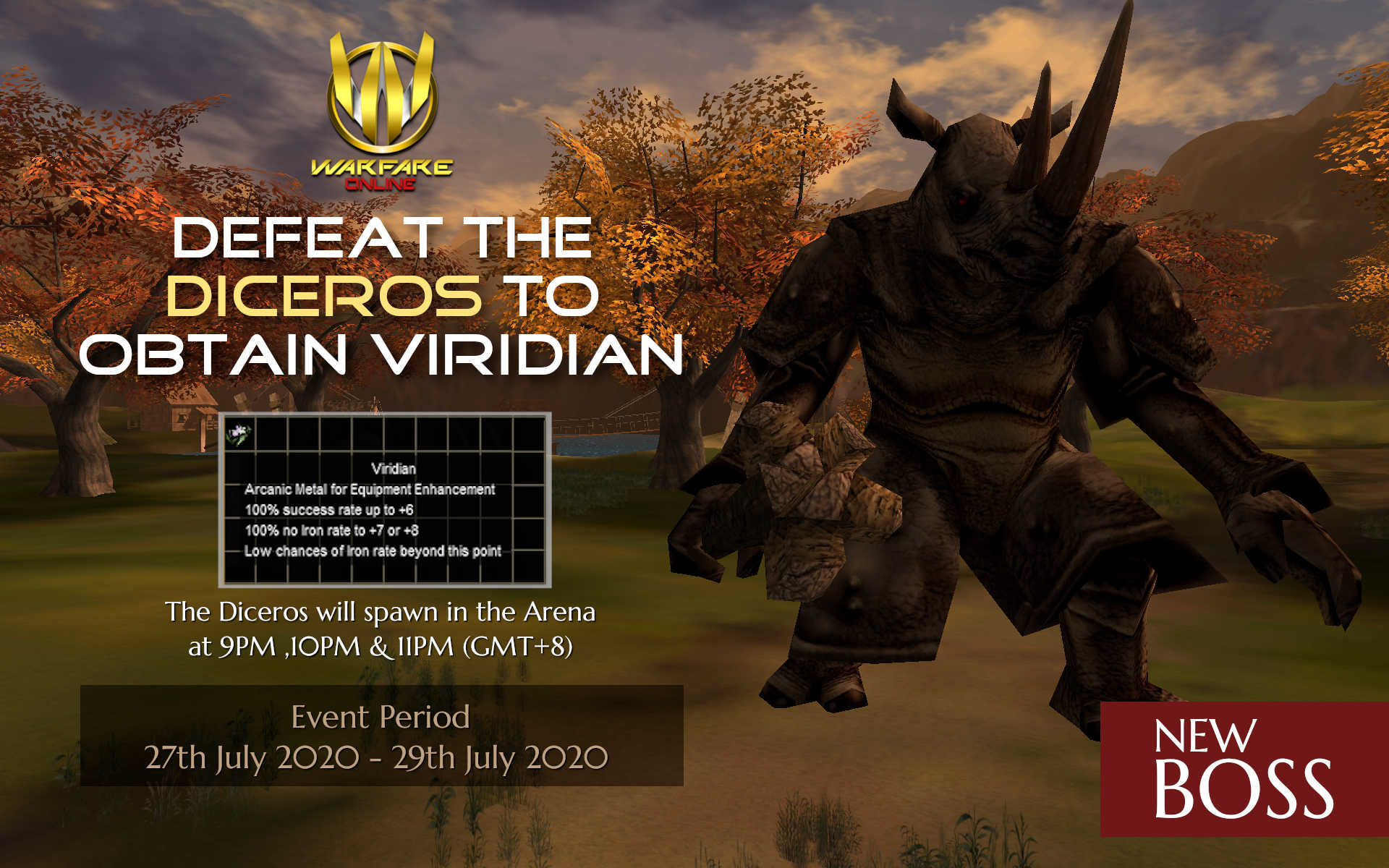 By the time it was nightfall, while the Arena was empty and quiet, in crept an invader to disrupt the war zone. So tough and equipped with a tank like armor, the Diceros is an ancient ancestor of the monstrous Rhinoc’s of Sainna Island. Powered only by a lust to avenge its kin that were hunted by Humans and Akkans for decades, the Diceros has planned its attack in the Arena which is a perfect war zone to target both races together.

The Diceros has also come prepared for the war against the races by using precious Viridian metals to enhance its armor shielding every inch of its body. Along its heavily enhanced body armor is its healing capabilities. It will only be possible to bring the deadly boss down if an entire race were to work together. As tough as it may seem, killing the Diceros comes with a prize, the precious Viridian metals. Desirous to the Humans and Akkans, Viridian’s equipment enhancing abilities are so devouring that the battle at the Arena is no longer only focused on the towers but to grab these rare metals as well.

With Viridians used to enhance my armor and a heart of a tank, I have come prepared to this war zone to avenge every single one of them
-The Diceros